Many of New Zealand's most dangerous roads will be made safer over the next three years under a $1.4 billion Government plan to reduce the number of road deaths and serious injuries.

By Thursday, 355 people had died on New Zealand roads - one more than the same time last year and 28 more people than in the entire 2016 calendar year.

Last year 378 people died on the country's roads and this year was on track to at least equal that number with the summer holidays one of the most deadly periods.

In the past decade, the unforgiving road through Dome Valley has claimed 17 lives and 45 people have experienced serious, life-changing injuries, said Transport Minister Phil Twyford.

He said the "massive investment" will make 870km of high volume, high-risk State Highways safer by 2021.

The improvements will focus on median and side barriers, rumble strips, and shoulder widening, according to Twyford and Associate Transport Minister Julie Anne Genter.

Genter said the measures have shown to reduce fatalities by up to a 90 per cent and are incredibly cost effective. New Zealand's high road toll has been under scrutiny, as the number of people slain in road accidents has rocketed upwards since 2013.

On average one person a day is dying on the roads and every hour someone is seriously injured, Twyford said.

Genter said Waikato, Auckland and Canterbury were all set to be prioritised before regions such as Bay of Plenty.

Fix the Bloody Road spokesman Andrew Hollis said SH2 north of Tauranga to Katikati was woefully over-trafficked for its capacity, adding that Tauranga was the fast growing area in the country.

The area's growth had increased the number of head-on collisions, he said.

"There is a serious incident at least once a month and it is getting towards two a month." 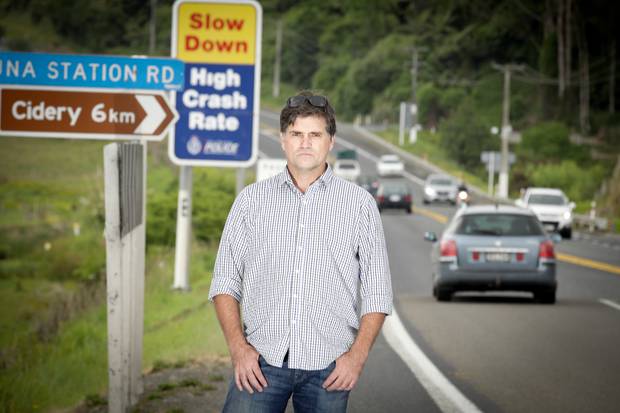 Among the projects already under way are new safety barriers and line marking between Taupiri and Gordonton in the Waikato, similar work between Cambridge and Piarere, improvements between SH1 and Shannon in the lower North Island and a dangerous section of road on the outskirts of Christchurch between Marshlands and Burwood.

Work is due to start this summer on 39km of SH1 through Dome Valley. Other projects that will shortly get under way include a stretch of SH16 between Brigham Creek and Waimauku in Auckland, between Hamilton and Whatawhata, the Hawkes Bay expressway and between Waitara and Bell Block in Taranaki.

Genter said it is "unacceptable for anyone to be killed or seriously injured on our roads".

"Annual road deaths in New Zealand increased from 253 just a few years ago in 2013, to 378 last year. The number of serious injuries increased from 2020 to 2836 per year over the same period.

A programme of local road safety projects is already under development with the first projects expected to begin next year.

The NZ Transport Agency will speed up the time it takes to deliver safety projects by fast-tracking the approval process for standard, proven safety improvements.

"Regions with the highest rates of deaths and serious injuries - Waikato, Auckland and Canterbury - will be prioritised in the first year of the programme. It will then be rolled out to other regions including the Bay of Plenty," Genter said.