As you pay record GST at the pump, AA says "get rid of the tax on a tax"

Petrol prices are at record highs – and so is the amount which the Government reaps in GST from Kiwis at the pump.

When you last fueled up, the Automobile Association says you paid 69.984c in excise tax (not including the regional fuel tax of 10c per litre if you live in Auckland).

But you're also charged GST on all of that – something the AA has long campaigned to be removed.

At $2.45 a litre 32 cent in GST and about 10 cents of that is the GST on the excise, AA spokesman Mark Stockdale said.

"That's the bit that is unfair. We think it should be removed because it is iniquitous. It is wrong that you should pay a tax on a tax."

The Treasury has estimated that about $850 million in GST was collected on sales of petrol in the year to June 2018. "The other option would to hypothecate the GST on the excise and put that into the National Land Transport fund, which is what excise tax is aimed at anyway," Stockdale said.

"That would mean that there would not be a need to raise the excise, as they will be doing over the next two years."

"The excise tax on petrol went up by 3.5 cents a litre on September 30, and two more increases of the same amount are due in each of the next two years.

"If they hypothecated the GST then we would not have the need to excise increases over the three years because it would make up the funding that they are seeking."

"Every time a New Zealander puts $1 of petrol in their vehicle, 53c of that is going straight into the Government's coffers, and the Government's share and the costs faced by Kiwis is only going to get worse as fuel prices climb," he said. 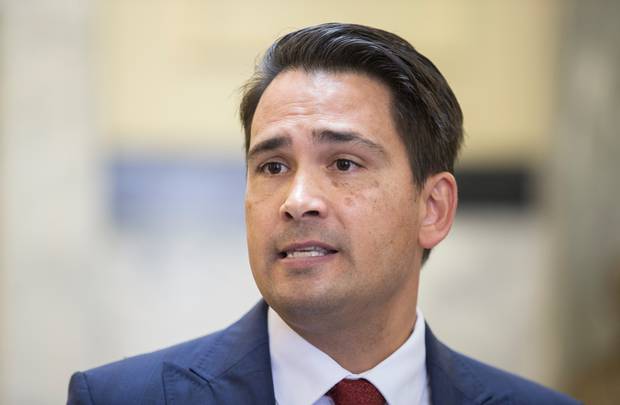 The Minister of Revenue Stuart Nash said the Tax Working Group, in its interim report, recommended against exemptions from GST.

"The Group has come out strongly on this saying GST exemptions are a poorly-targeted mechanism for providing relief for low-income households," Nash said in a supplied comment.

"That's because the bigger savings are made by those on higher incomes who can afford to spend more on things like petrol," he said.

"The Group has said welfare transfers are more effective and that's what the Government is already providing by spending $5.5 billion over the next five years on our Families package," Nash said.