Auckland Transport is planning to introduce a speed limit of 30km/h in the city centre to make the streets safer for growing numbers of pedestrians, cyclists and residents.

The new speed limit will cover an area bounded by the central city motorways and go out for public consultation in November with a wider package of lower speeds.

AT wants to drop speed limits on 700km, or 10 per cent, of the city's roads to address a sharp rise in the number of serious crashes in Auckland.

Town centre roads like Broadway in Newmarket and Tamaki Drive in Mission Bay and St Heliers will have their speed limit reduced to 30km/h or 40km/h.

Rural roads that will drop to 80km/h include parts of the Coatesville-Riverhead highway out west, Matakana Rd to the north and Alfriston Rd in the south.

Just 2.2 per cent of serious crashes occurred in the CBD, but Heart of the City chief executive Vic Beck told the Herald there was a higher number of accidents involving people walking, cycling and riding motorcycles. 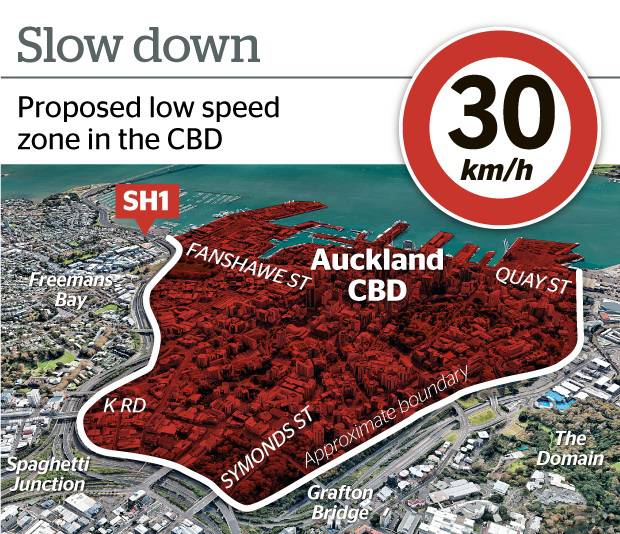 She said Queen St and parts of Wynyard Quarter and the Viaduct already had a 30km/h speed limit and rolling it out across the city was a positive move for the changing city.

Mayor Phil Goff said Auckland had to address road safety issues with too many people dying, but would not publicly back a 30km/h speed limit in the CBD.

"I expect Auckland Transport to make decisions on speed limits which are evidence-based and result in bringing down the road toll.

"I understand lower speed limits in the city centre may not greatly affect actual journey times for much of the day because traffic density already results in lower car speeds," Goff said. 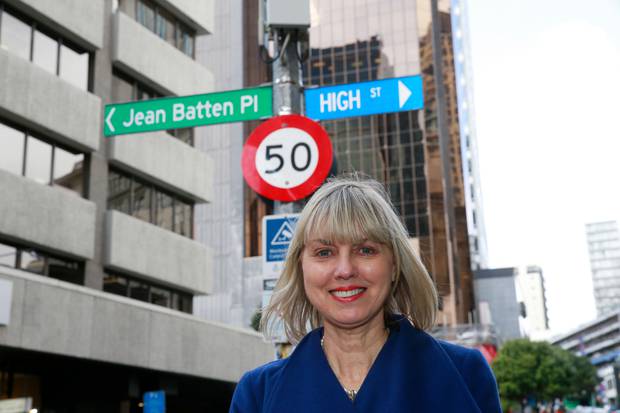 Heart Of The City CEO Viv Beck who is in favour of a 30km/h speed limit in the CBD. Photo / Doug Sherring

The Automobile Association's principal adviser for infrastructure, Barney Irvine, said lower speeds in a lot of CBD streets was a no-brainer where there were many pedestrians and distractions.

But on busy multi-lane streets like Hobson, Nelson and Fanshawe Sts that connected to motorways, reducing speed limits might not be the answer, he said.

"There's a risk on these bigger roads that we change the speed limit, but don't get the compliance, because 50km/h still feels like the natural driving speed," Irvine said.

Auckland Chamber of Commerce chief executive Michael Barnett agreed with plans to reduce road deaths and injuries, "but with limited resources it's important that the safety spend is where they can get the best result not the best headline". AT's group manager of network safety Randhir Karma said average speeds along main roads in the CBD were generally below 30km/h already, which would not impact driving times, but there were points that had higher speeds.

"These are not appropriate when we have a high number of people walking and cycling.

It is based on "Vision Zero" principles, which emphasises that no loss of life on roads is acceptable and accepts that road users make mistakes.