Kiwis around the country are set to boycott petrol stations in protest of the rising fuel tax and prices.

Despite many petrol stations offering discounts today to entice road users in, organisers of the nationwide strike are pressing Kiwis to hold firm on their commitment to boycott petrol stations.

The event organisers have asked motorists to avoid fueling up for two days, but asked those who plan on filling up their tank to avoid the "main" fuel companies.

"No petrol today until midnight Saturday - 2 days if you can - avoiding gas stations completely," the event organisers said.

"If you do need petrol try to avoid the main ones: Z, BP, Mobil, Caltex and visit an independent one if possible.

"Many of these companies are offering discounts today to entice us in, it just proves their manipulation, so don't let them win! We are the consumers so we have the power!"

According to the event page, more than 18,000 people have committed to the boycott with a further 19,000 showing interest in joining the strike.

Event organiser Julia Roche told the Herald it isn't viable that the cost of petrol keeps going up.

"I have to look at where I go and what I do with my children." 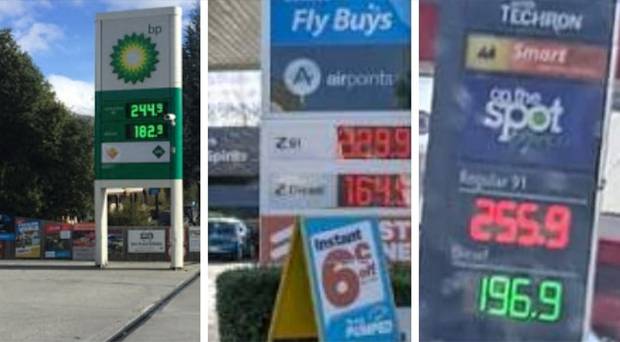 Disgruntled Kiwis are set to take a stand against the petrol industry and the government over petrol prices, with plans to boycott all petrol stations around the country today. Photo / Facebook

Roche, who has four children, added she doesn't get to see her elderly parents as much now too.

She said it's about time the petrol companies provided some answers around the pricing.

Other protesters say the planned boycott won't work, instead asking motorists to boycott selected petrol companies in an attempt to force them to drop prices.

"The only chance a petrol strike can work is if you target one company for a week then all the others on a rotational basis for however long it takes. One day won't make one ounce of difference," one protester said.

Beyond today's planned boycott, Roche said they will look to focus on one petrol company at a time, in no particular order, until change happens.

Under the recently passed law providing for the Auckland regional fuel tax, other regions are able to seek approval from the Government for their own regional tax from 2021

Speaking in the House, Ardern ruled out implementing any other regional fuel taxes.

"The regional rule tax legislation puts in a date, but I can give this guarantee to this House, and to consumers, there will be no other regional fuel taxes while I am Prime Minister."

Later in Question time, Ardern said the only reason she made the promise today was "for the sake of clarity in the wake of the Opposition leader throwing down what's called, loosely, a dead cat".