An Auckland man fears part of his life savings has gone up in smoke after importing his dream car, only for the work to be overseen by a now axed NZ Transport Agency vehicle inspector.

He finally tracked one down, that was still in fairly good condition, but it was in South Africa.

He got it shipped to New Zealand last year and in July began the arduous process of getting it compliant to run on Kiwi roads.

But before he could do that he needed to find an NZTA inspector to inspect the car, assess what should be done and approve the work.

He chose Dale Barless. Barless was the third NZTA inspector to be axed by the Agency "following consistent concerns about the quality of his work".

"A formal investigation will urgently look at whether we need to revoke any of the certifications Barlass has issued and whether we'll need to re-inspect any vehicles," former NZTA chief executive Fergus Gammie said early last month.

The news saw the prospect of Dale driving his car around before Christmas almost disappear before his eyes.

Four months and $15,000 had been spent on work to get the car compliant - which saw parts imported, it nearly stripped right back with both the sills and car's frame both needing to be replaced, along with welding and other work.

It's now six weeks since Barless was suspended and Dale's car was still parked up in a local paint shop.

The car was one coat of paint, along with a registration and WOF, away from being driven home. 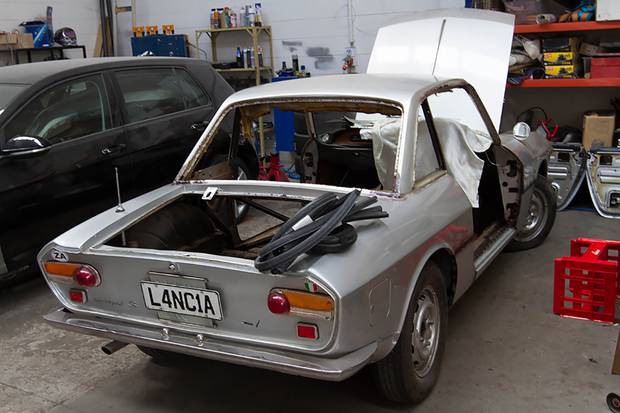 "I'm stuck with possibly having to start again. In other words take all the work that we've done away. So far the only message I've been getting is that we'll have to start again.

"There are no engineers who are willing to take on work that was started by Dale Barless. No one is wanting to go near it. So therefore my work is sitting on hold, I've committed to this cost. My painter has done all the work."

He was annoyed with faux assurances from Gammie that the work would be done "in good time", he said.

"The CEO of NZTA was assuring everyone, when this first broke, that he would be making sure that things were acted on very quickly. But at the moment we've got no heads up at all when things are going to get done."

Dale said the work on his car was completely different to most Kiwis faced with just a replacement WoF. It was a cost he hadn't foreseen and would now struggle to pay for.

"If I have to start again I should be going to NZTA and tell them 'this is your cost'."

He was simply fulfilling a passion with the goal of driving it on the roads before Christmas. Now it will continue to collect dust in the garage of his painter as he sits idly waiting to hear back from NZTA.

"I'm doing it because I'm in love with this car. It was the first Lancia to win a world rally, they went to win 45 rallies in a row and nothing ever gets near that. So it's got a class and a style and I once owned one ... but then I decided to sell it and I've always regretted it.

"I thought I'd be driving it at Christmas ... the thing is what have we achieved? A proper Government would have managed this and not have another chief executive resign.

"I'm a pensioner, I'm working with my savings to do something I want to do and they've left me in the lurch, it's the worst Christmas that I could possibly think of."

An agency spokesman said they were still conducting an ongoing investigation into Barlass' certifications which needed to "follow due legal process".

"For this reason, we are unable to comment specific issues relating to Mr Barlass' work at this time."

Yesterday, the NZTA announced another 1316 vehicles could need to be re-checked after it suspended another inspector in Tokoroa.

Brian McEvoy of Beemac Motors in Tokoroa had a "long history of non-compliance", NZTA said.