'Slow down, bruv' - Speedsters' last moments before dying in crash

The families of two young men who died when their speeding car crashed have released video footage of the moments leading to their deaths.

The video, filmed from within the vehicle, shows driver Kyle Careford, 20, and Michael Owen, 21, speeding through the streets in Sussex, UK.

The Telegraph reports the families agreed to release the footage as a warning to others.

The pair died instantly when the car they were driving crashed into a church wall on April 12. 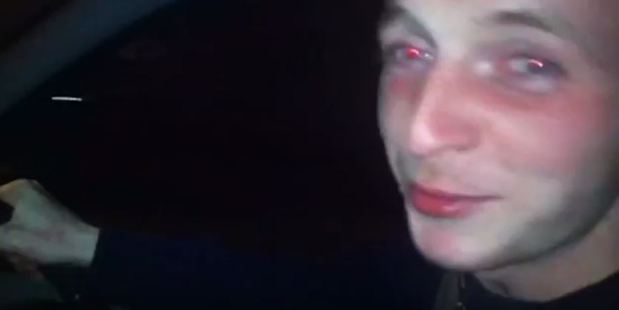 Before the crash the pair were filming themselves laughing and singing while driving of speeds up to 145kms.

Mr Owen can be heard encouraging his friend before becoming concerned and shouting: "Slow down, bruv."

Both had taken a cocktail of drugs before the accident.

Speaking at the inquest into the accident, Mr Owen's mother Kat said she blames both boys for the decisions they made on the night.

"If all this stops one person from making the same mistake, then some good has come from showing this video. I'm hoping it will have an impact on young people and make them see that a bit of fun can have such devastating consequences."

She said watching the video was extremely upsetting but hoped it could be used in a positive way.

"Despite the pain of it being broadcast by the media, we as a family just hope and pray that this will connect with at least one person out there, young or old, so that no-one ever has to experience the unthinkable pain og losing someone so close and dearly loved."